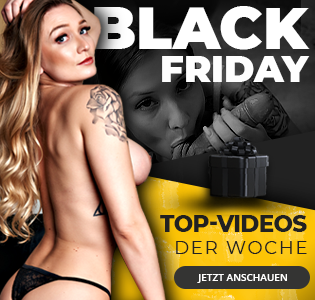 A common reason for the active partner to tie up their partner is so both may gain pleasure from the restrained partner's submission and the feeling of the temporary transfer of control and power. For sadomasochistic people, bondage is often used as a means to an end, where the restrained partner is more accessible to other sadomasochistic behaviour. However, bondage can also be used for its own sake. The restrained partner can derive tactile pleasure from the feeling of helplessness and immobility, and the active partner can derive visual pleasure and satisfaction from seeing their partner tied up.

Because of the diversity in its forms, bondage can be divided into various different types based on its motivation.

Bondage for a purpose

In this form of bondage, the restrained partner is purposefully bound in an uncomfortable and/or painful position, for example as a punishment in connection of a dominant/submissive sexual play. Almost any form of bondage, when the restrained partner is left tied up long enough, can be used as torture bondage. How long this punitive form of bondage is used for varies greatly, however in bondage erotica such as John Willie's Sweet Gwendoline or Japanese bondage photography, it is often disproportionally extensive and long-lasting.

Film bondage is a form of completely non-violent bondage for aesthetic purposes only. In this form of bondage, the restrained partner is bound lightly and is capable of escaping without great effort

This form of bondage is seldom used in western bondage. However, in Japanese bondage (shibari), it is an important aspect, possibly originally having evolved from a religious tradition, where the interest is in the restrained partner's spiritual situation rather than their corporal situation.

Bondage is safer when conducted between sober, trusted partners who are fully aware of the risks involved and the precautions necessary to ensure safety, such as informed consent. Partners who are in committed relationships may have a greater basis for trusting each other. Performing acts in a supervised location, such as a dungeon, or with a group of trusted friends may also increase safety.

There is also a subculture of people who seek out others interested in bondage and pursue such activities with people who they do not know well. This subculture has given rise to Safe, Sane & Consensual.
- The use of a "safeword", or some clear way for the subject to indicate genuine distress and a wish to discontinue, temporarily stop or vary the activities of the play.
- Never leaving a bound person alone.
- Avoiding positions or restraints which may induce postural asphyxia.
- Making sure that the subject changes positions at least once an hour (to avoid circulation problems).
- Making sure that the subject can be released quickly in an emergency.
- Avoiding restraints which impair breathing. (Gags or hoods which block the mouth can become asphyxial hazards if the subject vomits or the nose becomes otherwise blocked.)
- Remaining sober; alcohol and drugs should be avoided.

Accidents and lasting damage can generally be avoided by very simple security precautions and a rudimentary knowledge of the human anatomy. One very simple safety measure is to ask the subject every so often if he or she is all right. Another is to check body parts like hands and feet for numbness or coldness, which can happen if nerves have been pinched or blood circulation has been blocked. Another is to check for skin discoloration. Skin that does not get enough oxygen turns bluish. If blood can get in, but cannot get out because one of the veins has been blocked, that part of the body turns purple.

If the subject has been gagged or can otherwise not verbally communicate, a different form of the safeword is needed. For instance, they may hum a simple tune, or opening and closing one or both hands repeatedly, or releasing an object held in one hand (such as a rubber ball, or a scarf).

Some simple preparations may also be helpful:
- Food. It is common[citation needed] for people (especially those on diets) to faint during a long session. Having a regular meal beforehand is recommended; being fed small snacks during play may also help prevent fainting.
- Cutting tools. A pair of EMT scissors is recommended (useful for safely cutting rope and tape off skin).
- Keyed-alike padlocks, if chains are being used.

Self-bondage carries a higher risk, particularly because it violates an important principle of bondage safety; to never leave a bound person alone. For the feeling of being tied up to be as authentic as possible, practitioners of self-bondage can use time-limit clocks, freeze their keys in blocks of ice, or use self-invented devices, in order to temporarily abandon power over their own restraint and freedom (called "tunnel play").

Without someone to release them in the event of an emergency or medical crisis, self-bondage can lead to severe and permanent physical damage. Especially in combination with asphyxiation, self-bondage can be lethal to its practitioners.